When Australia’s Modern Slavery Act was enacted in 2018, it was expected to transform the way companies responded to worker exploitation around the world.

Four years on and sadly, this isn’t the case.

Baptist World Aid has taken part in a new report which found Australia’s largest companies are failing to identify or address the most significant human rights risks in their supply chains.

The report Paper Promises? Evaluating the early impact of Australia’s Modern Slavery Act analysed 102 company statements published in the first reporting cycle of the Modern Slavery Act. It found 77 percent of companies are failing to comply with the Act’s mandatory reporting requirements that ensure risks or forced labour are being addressed.

With 40.3 million people around the world living in modern slavery, this is a key issue that we can’t ignore. Peter Keegan, Director of Advocacy at Baptist World Aid Australia, answers some questions about the report and how we can engage with it.

What Is The Paper Promises Report?

This is a new report (launched in February 2022) that examines the impact of the early implementation period of the Modern Slavery Act in Australia with reference to four sectors: garments, horticulture, medical gloves, and seafood.

Who Else Was Involved In This Research?

Paper Promises is the result of collaboration over the last two years between a group of leading universities, human rights organisations and churches. Baptist World Aid has been part of this collaboration, contributing primarily around the garment industry. It’s a privilege for us to work with others on this report, including the Australian Human Rights Institute at the University of NSW, the RMIT Business and Human Rights Centre, the University of Melbourne, Notre Dame University,  the Human Rights Law Centre, and the Uniting Church Victoria/Tasmania Synod. Freya Dinshaw  and Amy Sinclair  were the report’s primary authors.

What Does The Report Show?

While most companies are meeting their obligation to submit a Modern Slavery statement, I’m disappointed that the majority are failing to identify the most significant human rights risks in their supply chains or to demonstrate effective actions to address these risks.

Across the four industries, average scores ranged from a low of 30 percent (medical gloves) to a high of 49 percent (garments). While all industries need to improve, the relatively higher performance in the garment sector likely reflects the results of the great advocacy our supporters have engaged in over the last eight years through the Ethical Fashion Report.

How Do The Company Scores In Paper Promises Compare To The Results In The Ethical Fashion Report?

The Ethical Fashion Report seeks to provide a comprehensive picture of how well leading fashion brands are doing with labour rights and environmental sustainability and it helps consumers know how to shop more conscientiously. We look at multiple different factors – including both human right and environment – and at multiple sources of information. It provides the best overall picture of each company’s relative performance.

This new report seeks to focus on how companies are responding to the requirements of the Modern Slavery Act – and within that, gives particularly attention to specific high-risk contexts e.g. for garment companies, there is a focus on how comprehensive their reporting is in relation to the risks associated with Uyghur forced labour in the Chinese garment supply chain. I think the report provides a clear picture of how well the Act is (or isn’t) working in driving change among companies, as well as identifying examples of good practice.

How Do You Expect The Report To Be Used?

The legislation that established the Modern Slavery Act required that a review be undertaken three years after the Act came into force. That was due at the end of 2021 but due to COVID and the upcoming election, this has been pushed to late 2022.

This report will primarily be used to inform advocacy into that review, with its recommendations providing guidance on what needs to be amended and added to the Act, and which areas of implementation need to be improved. We’ll have more to say about how supporters might be able to engage with that advocacy later in the year, once the terms of the reference for the review are announced. But this is a step in the right direction as we bring modern slavery into the cultural conversation.

Your gift means fashion companies know that you will not stand for worker exploitation, forced labour and child labour. A Decade In Ethical Fashion 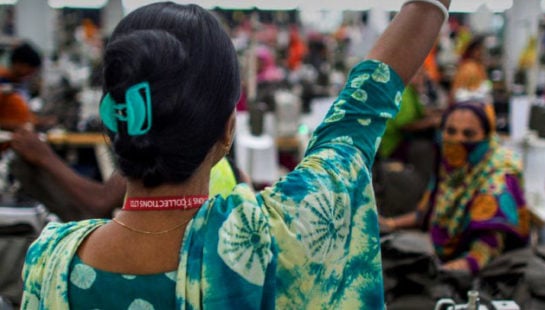 What did your wardrobe look like a decade ago? Chances are, it looked a lot less ethical. Ally Turner recaps... A Shot Of Empathy 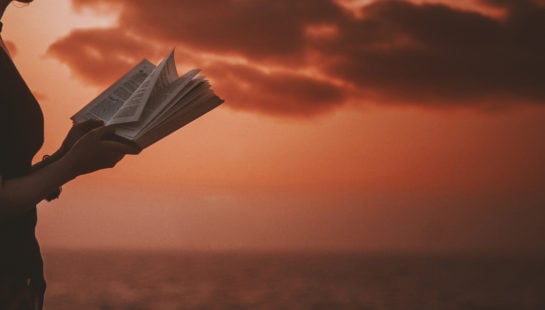 A reflection prompted by the International Day for the Remembrance of the Slave Trade and its Abolition…...