The Tragic Era Of Transatlantic Slavery

I’ve just read two novels that discuss the era of Transatlantic slavery in the U.S.

Lincoln in the Bardo, by George Saunders, won the Man Booker Prize for fiction in 2017. It’s an extraordinary mixture of historical research (woven into narrative) and a strange sort of supernatural musing on what motivates people and what keeps them stuck. Specifically, Saunders is occupied by uncovering what motivated Lincoln to push—hard—for an end to slavery.

The Underground Railroad, by Colson Whitehead, won the 2017 Pulitzer Prize for fiction. It follows one woman’s frightening escape from brutal plantation slavery. We feel for her as she suffers the state’s different and degrading solutions to the growing slave population ‘problem’. At times I find myself simplifying slavery to a big, historical problem that we’ve already overcome. This book broke through my consideration of the abstract idea though and made the horror a personal affront to my humanity. It was shocking.

A Shot of Empathy

Not everyone in my book club was comfortable with these confronting reads, but as I was just beginning my advocacy role at Baptist World Aid, they connected me in powerful ways to our own work fighting modern slavery. In Saunders’ novel, Lincoln gets a shot of empathy to steel him for the fight to end slavery. Similarly, Whitehead’s novel gives us a shot of empathy, clearly commentating on the way the legacy of slavery still affects America today.

The reading was pretty hard going emotionally—whilst beautifully written, the subject matter was gruesome—but the pain is almost the whole point of these stories. Fiction helps us build empathy. When reading, we can get into someone’s head and heart in a way that no long, soulful stare in a movie can deliver. And right now, living in one of the wealthiest countries in the world, our empathy for those suffering needs all the help it can get.

Most of us in modern Australia have never experienced war or oppression, let alone stark slavery. It’s simply hard to even imagine it. Our consumer culture would rather we were distracted (preferably by spending money) from the plights of others. All too often our psyche is happy to comply. It just doesn’t feel nice hearing about child marriage or sex slavery or forced labour. We’d rather look away.

Called Not To Look Away

Looking away isn’t an option for Christians though. Jesus called us to free the oppressed, to speak up for justice for the poor and the marginalised. He came to bring freedom and fullness of life, and we get to participate in this! Christian faith was at the forefront of outlawing slavery in the US (and in the UK) and yet the numbers of those enslaved in our world today skyrockets past those historical figures. So Christians still need to fight to Be Slavery Free (formerly Stop the Traffik), to tighten Anti-Slavery laws, and to call on multinational corporations to eradicate slavery from their supply chains.

I’ve discovered that keeping up a passion for advocacy needs a motivating shot of empathy sometimes.

One of my lovely book-club friends said, ‘For me it’s about solidarity. As if spending the time and headspace to really listen to and understand someone’s story, even if it happened many years ago, shows respect and gives recognition to their struggle.’

It also informs the way we respond to the world we live in now.

Today we celebrate the end of Translatlantic Slavery which gives us great hope, so don’t look away . . . read a good book or inspiring stories on our blog if you need to refresh your passion, but let’s keep up the fight to grow the kingdom of God so that everyone can freely flourish. Susy Lee
Susy is currently the Advocacy Coordinator for Baptist World Aid Australia, but her eclectic career has consistently included encouraging people to make the world a more just and peaceful place in the way described by Jesus. Christmas is the perfect time to bless those around us with gifts that bring insight and growth as well as... 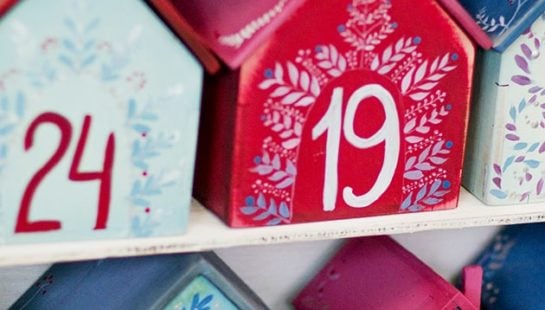