COVID CRISIS: Give now to save lives.

John has a Bachelor of Arts (Honours) with majors in political science and law. He has postgraduate qualifications in financial services and other studies in international business leadership. He is also a Member of the Australian Institute of Company Directors (MAICD).

Aside from his professional responsibilities, John has played active roles in local church governance and held Chair and Director roles in Christian schooling prior to taking up the leadership of Baptist World Aid and, then, Transform Aid International.

He and his wife Tracey have been involved with the Australian Baptist church since 2005.

Given the scope of our alliances and relationships to achieve impact both nationally and globally, John also performs governance and leadership roles related to furthering this mission. He has been appointed as a Vice President of the Baptist World Alliance for 2020-2025 and he is Chair of the Baptist World Alliance Forum for Aid and Development (BFAD), which he helped to establish in 2015. John also serves on the Board of the Integral Alliance (a global group of 22 faith-based agencies collaborating in disaster management) and on the National Council of Australian Baptist Ministries. He is also a Board member of Micah Australia.

John is a passionate family man and lives in the Lake Macquarie area with his wife Tracey. They have two adult sons. Dan joined Transform Aid International as an International Program Coordinator in October 2009 and was appointed Director of Programs in 2019.

In his various roles at the organisation, Dan has overseen grants management, the Baptist World Aid child sponsorship program, and led the development of its disaster management program. Dan enjoys collaborating with Baptist World Aid’s alliances, including Integral Alliance, the Church Agency Network, and the Asia Pacific Baptists.

Dan has a background in agricultural extension, leading projects throughout Queensland from 2003 to 2008. He then worked in the Philippines for two years supporting a faith based organisation in its program delivery and organisational development.

Dan holds a Masters of International Community Development, a Masters of Environmental Management, and a Graduate Certificate in Humanitarian Leadership.

Dan is passionate about supporting Baptist World Aid’s local partners to deliver quality programs that empower communities to lift themselves out of poverty, challenge injustice, and build resilience. Chief of Staff, Director of People, Culture and Performance

Miriam holds a Bachelor of Business from the University of Technology, Sydney and has over 10 years of experience in Human Resources in the Banking and Finance and Not for Profit sectors in Australia and the UK, working with leaders to develop and implement the most effective human resources strategies for their people and their businesses. When Miriam was appointed as the Baptist World Aid Human Resources Manager in 2013, she was tasked with building a best practice Human Resource function. Since that time, Miriam has delivered strategic, business-aligned Human Resource initiatives that have achieved results and positively influenced culture and staff engagement. Her new role exists to support staff and leadership to more effectively and efficiently achieve individual and department goals across the entire organisation.

Miriam is using her gifts in an active response to poverty, contributing to the work that Baptist World Aid does to transform the lives of people and communities in desperate need. 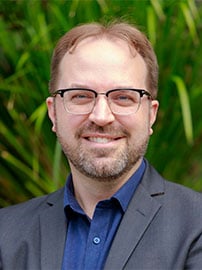 Peter joined Baptist World Aid International Programs team in 2017 and then became the Director of Advocacy in 2019. He has worked in the global development sector for over 15 years, previously with World Vision UK, Uniting World, and Micah Challenge, with experience in both program and advocacy roles. Peter is passionate about development that puts the priorities and voices of vulnerable people at the center. And looks at the policies and systems that need to change in order for vulnerable people to experience the flourishing life God intends.

I’m constantly encouraged by the progress we are making to end poverty – but there is much more to do and I’m passionate about this challenge.

If Christian discipleship calls me to anything, it surely calls me to nothing less than opening my eyes to those suffering the injustice of extreme poverty and to doing something about it.

I am passionate about making a difference in the lives of children living in poverty.