Back in 2019, before any of us had uttered the word ‘COVID’, conflicts were the trigger for six of the ten worst food crises. They still are.

Today, 65 per cent of the world’s hungry live in conflict zones and experts agree that food security is a casualty of war.  While we may lament the way each trip to the checkout seems to cost us more, the impact of military conflicts on the world’s most vulnerable is devastating. Conflicts in countries such as Ukraine, Lebanon, Yemen, Myanmar and Ethiopia are currently causing food instability at home and further afield.

The most obvious cause of the global food crisis is also the most disturbing: History is thick with political entities deliberately causing hunger as a means of controlling, or worse, thinning, a population. It’s sometimes called a ‘Food War’.

A brief history lesson from the Siege of Leningrad. During World War II, German and Finnish troops surrounded the city of Leningrad (now St. Petersburg) for 872 days in a military operation Hitler hoped would cripple the USSR’s war efforts and destroy the morale of the advancing Red Army. Horribly, around 800,000 people died, 90 per cent from hunger.

It’s hard to believe, but it could have been much worse. There was one gap in the German line around the city, Lake Ladoga. When the lake froze, those outside the city sled food into Leningrad over ice, under enemy fire. Later, many would be evacuated the same way. The locals called it the ‘Street of Life’. The cost for those helping was real; if caught, they would be killed or imprisoned themselves, but they did it anyway. Countless lives were saved. God worked through human acts of compassion.

On May 24, 2018, the United Nations (UN) Security Council unanimously passed a resolution condemning the use of food insecurity and starvation as a tactic of war, but sadly it is still evident today.

Back to the 21st century, right now millions of people are food insecure because their country relies on shipments of food that cannot get through. During the European summer of 2022, around 23 million tonnes of wheat, corn and sunflower oil were stuck in Ukraine because of political sanctions and unsafe passage.  With around 70 per cent of wheat eaten in African countries normally coming from Ukraine and Russia, the impact of this on food insecurity is clear. When food can’t move across supply chains, people starve.

Already, around 95 per cent of the Afar people of Ethiopia are food insecure. This is just the beginning. 2023’s harvest is not in the ground. With fighting, and little opportunity to sell their product, most Ukrainian farmers have not planted crops. When the world is looking for wheat next year, it won’t be found, so the current crisis is set to escalate.

Governments in many African nations are working hard to mitigate against the impact of the war in Ukraine. The Ethiopian government is helping programs to increase their own wheat production, and this has had a positive impact on employment and wages for local farmers. But the need is so great that experts believe there will still be a shortfall. Making matters worse, fertiliser is also produced in Ukraine and Russia and is likewise held up by sanctions and trade route blockages.

Baptist World Aid’s Christian Partners have been working on increasing crop production in countries where safe passage might be otherwise deterred or where environmental disasters have called for more sustainable and proactive agricultural practices. In Kenya, for instance, our Christian Partners are working with farmers to establish farming practices which require less water and produce higher yields.

And here in Australia, grain farmers are working with agencies to donate part of their own 2022 winter harvest to countries who need it. Once again, kindness shines as God moves people to compassionate responses, both as individuals and corporately.

The natural impact from the lack of grain and fertiliser is price hikes and hoarding. We’ve seen this already in small ways with toilet paper and lettuce. When supply can’t meet demand, people often hoard, and prices rise.

For instance, food inflation in Lebanon is up 300 per cent. When families can’t afford food, the ripple effect can be detrimental. Children’s health and development become especially vulnerable in such circumstances as their parents must focus entirely on survival, leaving education and other long-term wellbeing initiatives as unaffordable luxuries.

Hasfa and her husband* fled violence in Syria with their six young children. Even before the current inflation crisis, they struggled to live on the income of one bread winner. Through the work of Christian Partners in Lebanon, the family has food, blankets, mattresses and heating supplies. They have also been able to enrol their younger children in an education centre facilitated by local churches.

‘Some people from our community were not pleased with us getting to know the churches,’ said Hafsa. ‘So I told them that I wished we all were like the Christians and that we all had the mercy, love, and honesty that they have within their hearts.’

As seen in Lebanon and other parts of the world where Baptist World Aid is working with local Christian Partners, war leaves people stranded, disconnected from the culture they know, and vulnerable. Currently over 100 million people are displaced in the world right now. And while some are able to flee with assets that they can use to pay for food, transit and goods, others have nothing, or end up with nothing after several relocations.

Most displaced people take refuge in countries that already struggle with issues around poverty and hunger. These countries have limited capacity to provide for the significant food and other needs of refugees. For instance, there are currently one million living in Bangladesh’s Cox’s Bazar who have fled violence in Myanmar, many with injuries and poor health.

According to estimates given from the United Nations High Commissioner for Refugees, the average time spent as a displaced person is 20 years. Opportunities to provide for one’s own needs are frequently blocked by legal status, employment constraints, trauma and ill-health. Humanitarian aid that seeks to offer solutions for both the short-term problem of hunger and the longer-term problems of general food insecurity are more likely to be successful.

When conflicts erupt, they usually spark a humanitarian crisis. We take notice. The media reports on bombs dropping and photos of terrified people fleeing, pets and children in tow. Urgency is applied and governments, NGOs and charities across the globe reach out to help. While this is a good thing, it can mean that programs designed to fight hunger suffer as budgets are diverted to attend to conflicts. Additionally, when conflicts become protracted, and media coverage wanes, world interest often drops and takes funding with it.

The uncomfortable truth is that when it comes to conflict, the most vulnerable bear the highest cost.

For those of us who are Christians, how do we understand our role in acting as God’s agent of kindness, restoring dignity and seeking to do as much good as we can, even during times of conflict?

Ruth offers some insights. The biblical book of Ruth is permeated with acts of kindness, strength of character, unselfishness, and the faithfulness of God lavished on people through people. The book opens with a family of displaced people fleeing famine ‘in the days when the judges ruled’. Those were days of near constant conflict and oppression, and like today, this led to hunger.

Naomi became a destitute widow, a long way from home with few prospects. Yet comfort came to Naomi through Ruth. Ruth’s courageous choice to stick by her mother-in-law and become a refugee, knowing she would face racism and poverty, comes from compassion. Later in the story, Boaz finds a creative way to ensure that Ruth has enough food, preserving her dignity in a culturally appropriate way. And, the final chapter foreshadows God’s greatest kindness yet to come, via the generations, in his son who redeems us. Our God is a generous God.

The story of Ruth, Naomi and Boaz is a story of people stretching their arms out in compassion and generosity. Caring for people caught up in conflict, and the impact it has on hunger, poses a challenge for us. The problem is complex and it’s tempting either to look away or throw our collective hands up in despair. But Christians are called to do better. That’s why our local Christian Partners implement programs for food security that attend to people’s immediate needs, as well as equipping them to sustain themselves into the future.

Jesus told us in Matthew 25:31-46 that we are to give food to the hungry; water to the thirsty; refuge to the stranger; clothing to the destitute; and care to the unwell. He doesn’t tell us to give from our excess, but from our compassion, because we love him.

‘Truly I tell you, whatever you did for one of the least of these brothers and sisters of mine, you did for me.’ – Matthew 25:40

*Names have been changed for protection.

Give Monthly To Help Hungry Families 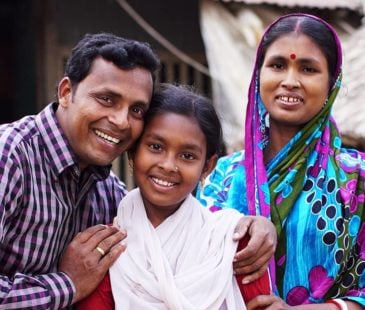 When you give monthly, you become a Better World Ambassador, helping to feed hungry families and parents to receive training so they can feed their families. Heather Keith
Heather Keith wrangles life with her husband Simon, three incredible teenagers, and too many cats. She is a writer for Baptist World Aid Australia, and is grateful for the opportunity to share stories of hope in a world that desperately needs it.

How Can We End Hunger? Want to find out how people are stopping world hunger? Our Christian Partner in Kenya shares five ways they... 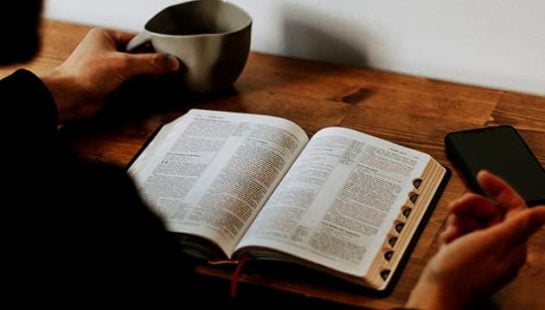