I was strapping my baby son into a car seat when a woman suddenly approached me, asking in a worried voice if I was okay. She had heard my son’s wails, saw the empty pram and didn’t hesitate to respond.

I was fine, but we need some of that woman’s urgency right now. As I write these words, it’s been over 100 days since the war in Ukraine started, causing more than 14 million men, women and children to flee from their homes.

This war has put refugees in the news headlines, but it’s a crisis that’s been happening for a while. From the Taliban’s takeover of Afghanistan to the war in Syria, we are experiencing the greatest displacement crisis since World War II. Today, the UNHCR reports that over 100 million people are displaced.

That’s one percent of the global population for whom home is a place of danger, not comfort and safety.

‘No one leaves home unless
home is the mouth of a shark
you only run for the border
when you see the whole city running as well.’

A Biblical Imperative To Speak Up

Amidst a world in crisis, we have a sure and certain hope in Jesus. As our Prince of Peace, Jesus brings everlasting reconciliation between us and God, and to one another. As his people, he calls us to act as his ‘peacemakers’ (Matthew 5:9) here on earth. And so we have a biblical imperative to speak up for ‘the rights of all who are destitute,’ to ‘defend the rights of the poor and needy’ (Proverbs 31:8-9).

God’s people in Ukraine are heeding this call. According to our Partners, Baptist churches there have provided shelters with a total of 45,000 beds for refugees who are journeying west to cross the border into neighbouring countries.

Through the generosity of supporters like you, our Christian Partners are helping these churches offer temporary accommodation, hot meals and basic necessities to those fleeing their homes. They are also supporting Ukrainian refugees in Slovakia and Poland with short-term accommodation, psychological and social support, school placement, job matching, language learning and access to primary health care.

Standing Up In Australia

Christians in Australia are also standing up for refugees. Earlier this year, the voices of hundreds of thousands successfully called for refugee places for 16,500 Afghans fleeing persecution. And many called for the return of refugees Priya, Nades, and their daughters Kopika and Tharnicaa to their home in Biloela, Central Queensland.

When we speak up, we can create change.

That’s why Baptist World Aid is part of Safer World for All, a newcampaign for Australian Christians that engages our nation’s leaders on refugee safety and support. Join this movement and you can call on our political parties to:

The Time To Act

Now is a powerful moment to help shape a new direction for Australia, in line with God’s heart for the vulnerable. Like the woman racing to help after seeing an empty pram, this is a time to act.

Because when future generations hear about this moment, how sweet it would be to hear the story of God’s people who saw a world in crisis, who saw hurting people and rose up to bring peace and safety, salt and light to those who need it most.

Who offered hospitality to those whose home was no longer safe.

The United Nation’s World Refugee Day on June 20 honours refugees around the globe. It celebrates the strength and courage of people who have been forced to flee their home country to escape conflict or persecution. A gift of $100 can provide emergency food aid and necessary items today. Give to the Standing With Ukraine Emergency Appeal Will Mezner
Will Mezner has a heart for churches that do justice and people who drive change for the least of these. The recent, much-anticipated announcement that the Murugappan (Nadesalingam) family were permitted to return... 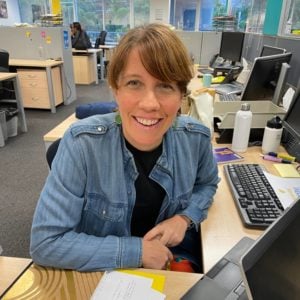 Three Ways Australia Could Be A Better Neighbour Wondering how Australia performs as a global neighbour? Interested in our progress on the Sustainable...