The launch of a new Ethical Fashion Report is always exciting—but this year there’s even more to dig into! You’ll notice our Ethical Fashion Guide looks a little different this year. Brands are no longer graded with an A-F letter. Instead, in an ode to transparency we have shifted to a score out of 100 in a coloured circle. The underlying research informing the scoring system has not changed—only the way the score is displayed.

Let’s take a deep dive into the new scoring system and why we’ve made the shift.

How To Read: The Number

The number represents the score, out of 100, companies received in the Ethical Fashion Report Survey. It provides transparency about the progress a company has made towards the Ethical Fashion Report standard, and the extent to which they must work to improve their supply chain ethics. In doing so, it’s clear that all companies—including those who perform relatively well—still have some distance to go.

How To Read: The Colour

The score is presented inside a coloured circle. The circle colour represents the company’s performance relative to their peers – i.e. how do they rank compared to the other 120 companies assessed? There are five colours available, a royal blue circle represents companies in the top 20 per cent of the cohort, a light orange circle represents companies in the bottom 20 per cent, and three shades showing those in between, as shown below.

Since the Ethical Fashion Report was first published in 2013, awareness and understanding of issues in fashion supply chains has increased significantly—both among fashion companies and in the wider community. The simple A to F grade used in previous reports reduced complex information to a form that could be easily accessed and has contributed to improved understanding. As engagement has grown, so too has the demand for more detailed information about company performance, and what specific improvements they’re making. This information has always been available in the data that underpins the Ethical Fashion Report, but it hasn’t been readily accessible in the scores we published.

By publishing the score, out of 100, that each company receives, both companies and individuals get a clearer picture of how they’re currently performing against the standard. It also means it’s easier to track improvements, as incremental positive changes that companies make will be directly reflected in their score rather than only seeing change when the improvements are significant enough to jump a whole grade level.

A Better Way To Compare Brands

Importantly, this change is also about ensuring a clear message for individuals that’s less susceptible to misinterpretation. Relative grading information is useful as it helps companies and citizens easily see how brands compare. The colours in the new scoring system still make this comparison readily apparent. However, relative information alone can mean that a company with a ‘good grade’ might be perceived to have already achieved an ethical supply chain. By pairing the colour with each company’s underlying score, the reality is more clearly demonstrated: every company has a long way to go, but some are making faster progress than others.

A ’good score’ is not permission to stop thinking ethically and shop mindlessly. It shows a company that is investing in improving, and developing safeguards addressing the labour rights and environmental sustainability issues it faces in its supply chain—and is being transparent about them. In this sense, it is a better option than a company with a lower score, but not necessarily a fully ethical purchase.

Historically, the online Brand Finder has also published companies’ grades in each of the five survey sections, in addition to their overall grade. This information can still be found in the Report, but in 2022 we’ve taken a new approach with the Brand Finder, too.

The Brand Finder now highlights six Spotlight Issues. While not necessarily more important than other questions, they represent key areas of concern for citizens actively engaged in ethical fashion. The ratings provided indicate how the company is progressing towards reaching the ultimate outcome for each question. For example, a company who achieves ‘Excellent Progress’ in ‘Pay Living Wages’ has evidenced that they’re paying living wages in 100 per cent of final stage factories. A company awarded ‘No Evidence’ has failed to evidence any progress whatsoever towards achieving this goal.

The Spotlight Issues include:

Through providing this greater level of transparency and showing performance against a standard, we hope to provide both information as well as provocation for you to consider what needs to change to make the fashion industry work for all its workers and the planet.

To understand the scoring methodologies discussed in this article in greater detail, download and read the 2022 Ethical Fashion Report. 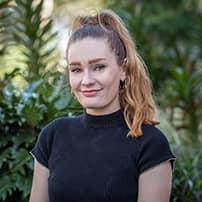 Your Sneak Peek At The 2022 Ethical Fashion Report With the introduction of footwear and a new scoring system, this year’s report lifts the lid on how ethical...

How To Advocate For Workers 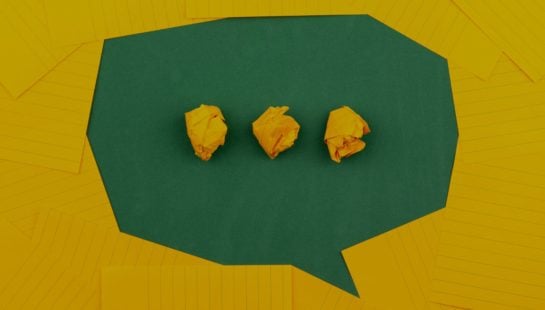 How you can help turn the COVID Fashion Commitments into a reality for garment workers.