The impacts of COVID-19, conflict, economic instability and widespread corporate greenwashing have driven Baptist World Aid (BWA) to increase the scope and transparency of its report in 2022 to shine a light on the significant industry-wide progress needed to respect workers and protect the environment.

The ninth edition of the report assessed 120 companies, representing 581 brands (161 more than 2021) and found an average score of just 29 out of 100. The report shone the spotlight on six key issues in the supply chain: tracing materials beyond final-stage, remediation of labour exploitation, payment of living wages, support for worker voice and empowerment, use of sustainable fibres and commitment to climate action.

Founded on robust research methodology that’s been refined over nearly a decade, the report now publishes scores out of 100, instead of the previous A+ to F grading system, resulting in a more transparent assessment of each brand’s progress and performance.

While the overall results paint a bleak picture, encouragingly brands that have participated in the report for multiple years are showing positive change towards more ethical practices. The average score for brands included for the last two years increased from 32.5 in 2021 to 34.85 in 2022. In contrast, companies included in the report for the first time this year performed significantly worse with an average score of just 9.7.

Sarah Knop, Corporate Advocacy Lead at Baptist World Aid (BWA) said, ‘Cost of living is a concern for many Australians in 2022, but for most of the world’s garment workers, earning a living wage is a lifelong struggle. Only one in ten fashion companies assessed pay a living wage in the final stage of production—even less in the earlier stages of the supply chain.

‘While it’s positive to see progress among some brands committed to improving their ethical supply chains in the last year, overall, this year’s Ethical Fashion Report is sobering reading for shoppers, investors and leaders in the fashion industry. It’s time for brands to prioritise action over rhetoric, to move from policies and commitments to tangible outcomes that support vulnerable workers and our vulnerable planet.’

Footwear Brands A Step Behind

New to the report in 2022, footwear brands performed well below industry average (23/100), including:

The report found the fashion industry has a long road ahead to eliminate labour exploitation from supply chains with only one in seven companies able to demonstrate a corrective action plan.

‘With over 60 million garment workers worldwide, it’s time to move beyond policies to take tangible action to empower workers at every stage of the supply chain. Stories of garment workers like Layla in our guide, who’ve worked 13-hour days from age 14, experienced workplace abuse, to earn just $85 a month, is far too common,’ said Sarah Knop.

A Gap In The Uptake Of Sustainable Practices

When it comes to climate action, only 15 per cent of companies assessed evidenced sufficient commitment and action for emissions reductions in line with the United Nations Fashion Industry Charter for Climate Action. Australian companies are lagging behind their international counterparts on this issue, with just one of these top 18 scorers based in Australia.

What Can Global Citizens Do?

This year, Baptist World Aid is not only calling on the fashion industry to improve, but also encouraging global citizens to use their power to influence change. Over the last nine years they have seen a significant shift in consumer trends, with Aussies now buying twice as many items as they were 15 years ago.

So, while companies maintain primary responsibility for supply chain conditions, global citizens can also help shift industry practice by engaging with the ethical fashion movement and speaking out to companies.

Baptist World Aid are urging people to use this year’s report and the online Brand Finder as a tool to empower more ethical decisions. Use the Brand Finder to find out which companies you can ask to do better. Be informed and ask for change using our Speak Out to Brands tool. Want to give ethical and sustainable gifts this Christmas? We’ve got you covered. So you’ve just bought an organic t-shirt and some recycled polyester leggings. But are they a truly... 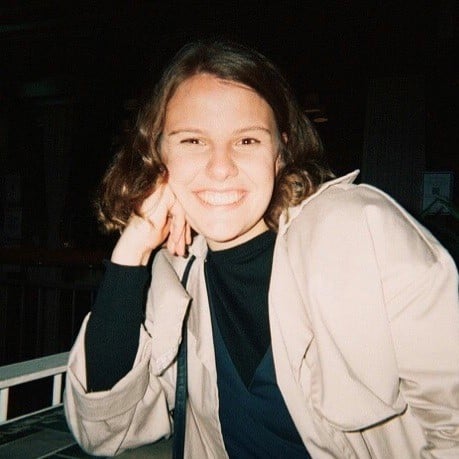