When Jesus was around two years old, his parents abruptly left the land of their ancestors with their young son seeking refuge in Egypt. It was a matter of life and death.

Differences in context and politics aside, Jesus was a refugee. And even when he returned safely home, it was to a nation under the colonial rule of an empire that cared little for the likes of him and his people.

Today, I’m thinking specifically of the Murugappan family – Nades, Priya, Kopika and Tharnicaa.  The fact that it’s been nearly four years since Border Force agents removed the Tamil family from their home and placed them in Immigration Detention continues to trouble me. They’d been living in Biloela for four years at the time. The numerical symmetry feels like a harsh emblem of this long, uncertain journey– especially in the lives of the two young girls who continue to wait in uncertainty in Perth, a long way from their home.

I’m also thinking of others our immigration system is failing. Families are longing for safety in Afghanistan today for example. Our government hasn’t expanded our refugee intake in ways previous governments have in time of similar crises. The Fraser government granted over 70,000 extra visas in 1975 post the Vietnam War, Bob Hawke granted 42,000 after the Tiananmen’s square massacre, and Tony Abbot’s government granted 12,000 additional visas to refugees fleeing conflict in Syria/Iraq in 2015.

There are also those men evacuated to Australia (under now repealed Medevac legislation) for urgent medical care but essentially imprisoned in Hotel Quarantine for the last two years. A recent report found that the government has not provided them with the medical care they need, some who are suffering from chronic illnesses. The denial of care coupled with the limbo of further detention is leading to an inevitable decay in their mental health.

These asylum seekers and refugees have become pawns in a political game – trapped between pieces of legislation. Most of these men were boys on arrival in Australia.

So, then I consider the coming of Jesus at Christmas time and reflect on a God who ‘put on flesh’ to experience the highs and lows of being human. The season reminds me that he was born a vulnerable baby boy, in a chaotic and oppressive time.

Looking closely at the messy world Jesus was born into helps me navigate the messiness of this current age and locate where God is at work as he calls us to compassion and mercy to those so vulnerable.

During Advent, there’s room to reflect on the idea of waiting. To ask the question, in this world of privilege I live in, what I am waiting for? I’m not waiting to see where my next meal is coming from, or for enough money to accrue to pay for my children’s dentist bill, nor am I waiting for my temporary visa to be renewed, or for my asylum claim to be rejected and my family to be returned to danger.

While I’m not waiting for anything materially, my heart aches and longs for the Kingdom of Heaven to come here on earth, and the will of my good God to be done here as in heaven. I’m waiting for justice. With Amos, I cry out for justice to ‘roll on like a river, righteousness like a never-failing stream!’ Amos 5:24.

With Amos, I cry out for justice to ‘roll on like a river, righteousness like a never-failing stream!’ Amos 5:24.

It is up to me—and other followers of Jesus— to carry this hope for the coming Kingdom around with us all the time. It is up to us to co-labour with Christ in reflecting his kingdom on earth. To stand up against oppression and stand alongside the marginalised people in my community.

Through the dark of Advent, the dark of waiting, we are to be the hope of Jesus to those who are waiting – because God is in us.

What does it mean to embody the hope of Jesus for the Murugappans, for the men in the Park Hotel in Melbourne, or families longing for safety around the world?

I think it means holding onto hope for something better – not growing weary in well doing (Galatians 6) or giving up. And in action, this can mean an email or a phone call to the local MP (again) expressing our concern (again) and asking them to act for justice.

And to embody hope means to pray. Prayer is hope in action as we trust in a God who sees all. It is a spiritual practice, but it is also practical as it reveals where God is at work so we can join him there!

To embody the hope of Jesus at Christmas is not a lofty task; it is an earthly one grounded in practical love and an active longing for God’s Kingdom. It is costly because it requires acknowledging that all is not right. As I dress my tree and string up my lights – all is not right.

As I dress my tree and string up my lights – all is not right.

So, I keep thinking about the Murugappan family and the longing for Biloela in their hearts. I think about the way country towns do Christmas – with fat Santas perched on rooftops as you drive down the main street. And I think about the closed doors Mary and Joseph faced in Bethlehem as they prepared to greet the Savior of the World.

I sing the hymn, ‘O come, o come Emmanuel, to free your captive Israel that mourns in lonely exile here until the Son of God appear.’ And I join in the waiting with the captives and look to the God of justice who is present and at work—today and always.

This article first appeared in Sight Magazine on 13th December 20210. 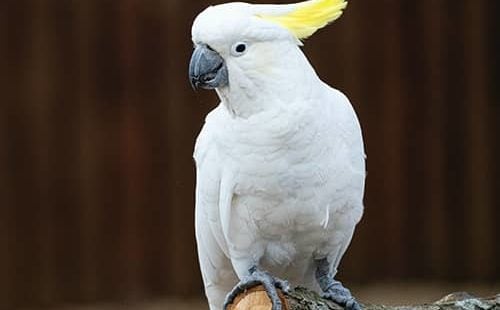 Home to Bilo: How a four-year-old is challenging the soul of a nation After the Christmas blur.

On Christmas night, when the pace of the preceding weeks finally slows down, Renee has time to reflect.