For five years, the Baptist World Aid Ethical Fashion Report has been driving improvements in the labour rights systems of Australian and New Zealand fashion companies.

The fashion industry is a massive driver for good in developing countries, it provides jobs, growth, and export revenue. However, it can also be a source of exploitation, particularly where companies have poor systems that do not effectively protect their workers. It is the desire to minimise the harm, while harnessing the good, that drives the work of the Ethical Fashion Report.

We know that a number of people and commentators are worried that Baptist World Aid is letting purveyors of Fast Fashion off the hook far too easily.

The Problem Of Fast-Fashion

Fast Fashion is frequently criticised for contributing to a culture that demands cheaper clothing, in more styles, which are then rotated through stores at breakneck velocities. While it once took months for a product to move from catwalk to coat-hanger at your local store, the turnaround can now be as fast as two weeks.

This has led to an explosion in the amount of products people buy and, subsequently, the rate at which they dispose of them. According to Greenpeace, the average person buys 60 per cent more items of clothing and keeps those items for about half as long as they did 15 years ago. The impact that this has on environment is monstrous—more than 500,000 tonnes of textiles and leather are sent to landfill in Australia alone.

In many cases, Fast Fashion has been bad news for workers as well. The fixation on cheaper prices puts significant downward pressure on wages. The speed of changing fashion, puts enormous pressure on factories and contributes to ongoing issues of excessive overtime.

Knowing all of this, how, then, can the Ethical Fashion Report give Cotton-On an A; Zara an A-; and H&M and Kmart B+s? Zara and H&M, in particular, are the masters and pioneers of the Fast Fashion model. So, how is it that they be graded so well?

Fast Fashion Giants Doing More Than Most To Address Exploitation

The answer? Our report looks at a very specific question: ‘How strong are the systems companies have to mitigate the risk that the workers making their products are being exploited, relative to their peers?’

It may be true that the likes of H&M and Zara have contributed to a destructive cultural change, but that’s not what the report is seeking to address. These companies are doing better than most at mitigating exploitation in their supply chain. Their size and scale give them resources to invest in tracing their suppliers, creating effective monitoring practices, demanding improvements, building relationships, and working with unions and governments. They’re far from perfect, but when we compare them to their peers, their systems rank amongst the best.

Consumerism: A Problem Bigger Than Fast-Fashion

That doesn’t negate the fact that Fast Fashion has had a damaging impact on our culture. But the cultural drive that facilitates exploitation, environmental degradation, and animal cruelty goes well beyond fashion. Indeed, while the worst forms of exploitation, forced labour, and child labour are present in the fashion industry, they’re also pronounced in electronics, cocoa, seafood, domestic work, the sex industry, and a litany of others.

We live in a consumerist society, which is first and foremost directed by the will to profit—what Adam Smith referred to as ‘The Invisible Hand’. In the retail space, this will mean the most successful companies will always be those that are the best at getting us to consume more of their products, while producing them at the lowest possible price. Impacts on the environment, animals, individuals, or communities don’t rate a mention in this scenario—unless they’re imposed by some external force (consumers, governments, the values of directors, etcetera).

The impact on society is also pronounced. Our economy has gone well beyond helping us to efficiently ensure that our needs are met, instead, directing most of its energy toward creating new ‘wants’. We accept that the ‘good life’ is shaped by what we consume—fashion, tech, holidays, or houses. Think of the way Apple, the most successful retail company of our era, builds redundancy into its older model phones, while consumers and journalists thrill at the minor tweaks released in each new model.

It is a broken model that distracts people and societies from what is actually good—their relationships with people, planet, and God.

Of course, these are issues that we too wrestle with at Baptist World Aid. There is no denying that Fast Fashion has its problems, so, too, does consumerism. But they are larger, systemic issues, that our report (in its current format) cannot hope to adequately address. Instead, at the heart of the Ethical Fashion Report is the issue of worker exploitation. And a company’s action on this issue that determines its grade. How One Family Stopped Shopping For A Year Ethical consumption isn’t just about what you buy; it’s also learning to live with less. Here’s how one...

The Year Of Jubilee: Five Things To Learn 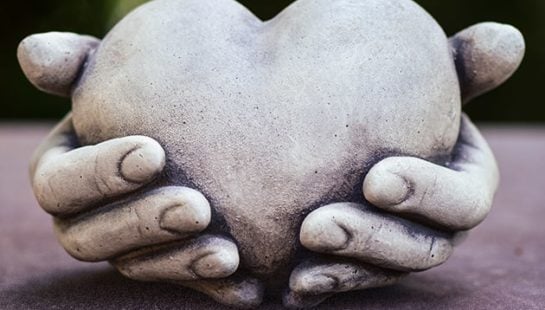 Leviticus 25 introduces the concept of Jubilee but what does it mean for Christians today? Here are five...